You will receive this scope in addition to the scope included in the package. (See item description) 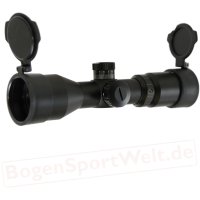 This item may only be sold and shipped to persons over the age of 18.

A: Your age has not yet been verified by DHL:
Please select the option "Identity and age verification by DHL".

B: You have already proceeded the "Identity and age verification by DHL" procedure through a previous purchase from us:
Please only select then the option "Proof of age already available".

C: For customers from ABROAD: Please select the option "Shipping abroad: Proof of age by e-mail" and send us a copy of your identity card to id(at)bsw-archery.eu.

D: For customers from GERMANY: Please select the option "Shipping within Germany: Proof of age by e-mail" and send us a copy of your identity card to id(at)bsw-archery.eu.

Important notice:
The delivery within Germany ensued "single-handed": only the person named in the delivery address can accept the package with ID card template. Please enter the name and surname of the recipient correctly, otherwise, the parcel cannot be handed over. Direct addressing to post offices, packing stations, neighbours within the scope of a storage contract is therefore not possible. If you are not present at the time of delivery of the parcel, the package will be deposited at the nearest post office and will be available there ready for collection for 7 days by the recipient. Again, a valid identification document is required for the collection. 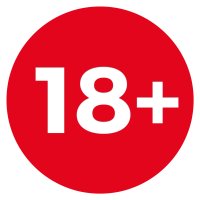 Strikingly various! As poisonous as its namesake! - These are the impressions you get the first time you see and shoot the EK ARCHERY Cobra System.

Strikingly various, because its appearance is unusual. The distinctive triangular shape is not only the result of an innovative technique, because it has never been easier to stretch a crossbow: The long connection between pistol grip and tip is the lever for stretching the crossbow. But how does it all work? The answer is simple and, above all, much better than with all conventional systems. If the cocking lever on the pistol grip is released and pushed forward, the entire trigger unit, including the safety device, also moves forward and engages the relaxed string. When the cocking lever is now brought back to its starting position, the trigger unit returns to the launch position with the string engaged and the crossbow is cocked. And thanks to the long lever, it requires considerably less force than conventional systems.

As poisonous as its namesake, anyone who has ever shot the EK ARCHERY Cobra System will understand. A relatively low draw weight of 90 lbs results in superior bolt speeds of up to 240 fps (approx. 263 km/h). Despite or even because of its power, the necessary safety was also considered and the crossbow was equipped with an empty shot protection, which protects it from damage.

In addition to design and power, the materials used and other equipment details are also convincing: the pistol crossbow itself is made of high-strength plastic, the barrel and cocking lever are made of metal and the limb of pressed fibreglass. The upper mounting rail has a built-in rear sight and front sight sight and can be used as a mount for a scope. Further Picatinny rails are attached at the front side, as well as for mounting a tactical front handle on the cocking lever.

The kit contains everything that makes the EK ARCHERY Cobra system perfect: In addition to six bolts, a red dot visor, a shoulder strap, an adjustable shoulder rest, a tactical front handle, as well as string wax and safety goggles.

Write your first review and help others with their purchase decision:

Oh no! Harry, get the crystal ball!

Too bad, now we have to go back to the glass ball or read in the coffee grounds to understand our visitors ...

Why do we have to do that? Quite simply, you have forbidden us to watch Your steps on our site with Google Analytics. That sounds dramatically to You, we know. But look at it: we do not even know who YOU are, we just see that SOMEONE looks at our pages, how he/she does that, how long this SOMEONE lingers on the respective pages, etc. We do not know who You are, whether You are male or female, how old You are, how Your weight is - no idea. Nor do we pass this data on to Google, we don not have them not at all! Nevertheless, this data of SOMEONE will provide us with valuable information about our site, we want You to like everything here, that You feel good and - of course - buy our products ...

So we can see where there are problems. If many visitors leave our site during the purchase process while choosing the payment method, we know that something is wrong and can improve it. Sounds good, right? Thats good for You and good for us. So it´s a win-win situation. So let us accompany You on Your way through our store. Deal?

Thanks, Harry can pack the crystal ball ...

Great, you got it! Now we can work better on our offer again!